I’ve drawn the analogy between todays mobile phone operating war and the desktop PC OS battles of the early 90′s before, and if I’m right it points to a future containing an Android monoculture.

If you’re unfamiliar with the history that lead us to the virtual monopoly Windows currently enjoys on our home and work computers, then you could do a lot worse than read “In the Beginning was the Command Line” by Neal Stephenson. It presents the story in a way that you don’t have to be a techie to understand and miraculously makes a very dry subject rather entertaining to read.

To understand where the mobile phone OS market is going, we need to see where it came from:

Early mobile phones like the Motorola Dynatac were basically big dumb lumps of analogue hardware, there was no operating system as such and if one were to compare them to computers they would be on a par with those big desktop calculators accountants have.

Smaller, digital mobile phones followed quickly, but again there was little in the way of software, at least none that users had anything to do with. Most handsets had a phone book and maybe an alarm clock but that was it. This part of the story saw brands emerging, it was the likes of Nokia and Motorola who became household names, and they did so on the strength of hardware, the small monochrome screens and simple T9 keypads left little room for differentiation in user experience so manufacturers had to innovate hardware to stand out. Again, in computer terms these phones were like the Commodore 64 and the Sinclair ZX Spectrum.

The first smartphones began to appear around 1995-6, Nokia’s communicator series brought new functionality to mobile phones, but it was basically a PDA stuck to a mobile with a hinge.

The innovation in mobile hardware driven by the need to differentiate saw things like colour screens and cameras become commonplace. The increased processing power and memory that these features needed allowed the first pieces of third party software to begin appearing, and somewhat predictably they were mostly games, but when the first Symbian phones arrived in 2000 the convergence of computers and phones began in earnest, Symbian was the first mobile operating system that the buying public knew the name of and it paved the way for the separation of hardware and software in the eyes of users.

This separation of hardware and software was a crucial point in the history of personal computers too, early computers like the Commodore 64 and the Sinclair ZX Spectrum came with the operating system hardwired in on factory fitted ROMs and could not be updated or altered. This all changed with DOS, an operating system that was a product in its own right, and could be used on hardware from any number of manufacturers.

Once the idea of an operating system being independent of the hardware took hold in the PC market several things happened; hardware became less important to your average buyer, as long as a computer ran Windows you knew where you were, this led to people losing brand loyalty to the hardware brands.

The newly levelled playing field meant that hardware manufacturers were no longer dependent on relationships with the brand owners and could sell their hardware to anyone and suddenly assembling and selling a working computer from off the shelf parts and software became relatively easy. This pushed prices down and helped the PC become a household item, and every new PC came with Windows.

This is what is now happening with Android, while Apple and RIM stick to the proprietary hardware/software combo, Google have made an operating system that anyone can use. Companies that have the hardware capabilities to produce smartphones no longer need to partner up with a big name or develop their own operating system and UI to get in to the game. HTC for example have gone from relative obscurity a couple of years ago to a major player in a relatively short time, all on the back of a few Android phones.

So will the same erosion of brand loyalty occur? People buying Android phones still seem to choose a phone based on the brand first and the OS second, but as the Android name becomes more familiar and comfortable – as Windows did – other factors will become less important. People will start the buying process with “I want an Android phone”, and then choose based on features, price and brand, probably in that order.

Commodity PCs are big business, white label boxes running Windows are everywhere, and it seems that phones will go the same way, the Orange San Francisco for example is a network branded smartphone with Android that you can get for about £20 on PAYG.

The figures on Android’s growing market share in 2010 back up the view that we’re heading for a phone market dominated by Android in the same way that Windows still dominates the PC market, and although I’m an Android user at the moment I actually hope that we’re not.

Window’s dominance of the PC market has been good in many ways, reduced hardware costs, increased IT literacy and a standard development platform to name a few, and perhaps Android will bring similar benefits, but unless Google are very careful it is likely to bring some of the same problems too.

The entire phenomenon of viruses and malware is a result of the proliferation of Windows, the people behind malware take advantage of that same standard development platform. Some might argue that the problem is the security of Windows, I disagree, the problem is that it’s the biggest target. Why bother writing malware for an OS with a few percent of the market when you can expend the same effort and go after more than 90% of the computers on the planet? If Android achieves this level of market share it will come under attack and we’ll all be faced with the soul destroying prospect of our phones grinding to a halt under the strain of running antivirus software.

The Windows monopoly also gave us such gems as Vista and Millenium Edition, and because earlier incarnations were good enough to gain control of the market and eliminate the competition we didn’t really have much in the way of alternatives. Android is still innovating, but where will it go once it has the majority of the market? Will it fall in to the trap of lazy mediocrity and bloat? 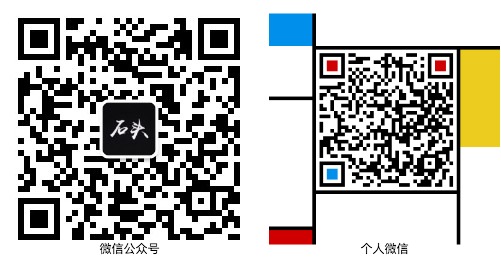